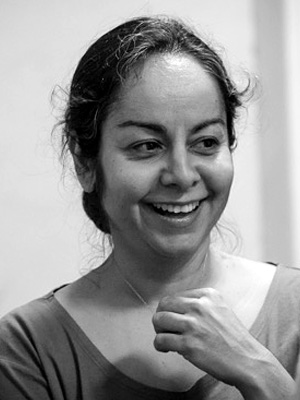 Narmin has been on, and off the mat, since 2000. She attended a workshop in London by John Scott later that year and knew she had found her teacher. Narmin was lucky enough to start practicing with John at his studio in Cornwall the following year where she also met Lucy Crawford. She has spent time studying with them every year since then, both in the UK and also at their centre in New Zealand. It is due to their encouragement that she undertook their teacher training, graduating in July 2014. Narmin has assisted them at various workshops in the UK and India.

John and Lucy have given Narmin the tools to deal with life’s ups and downs through her practice and for this she is eternally grateful to them.  She shares what she has learned with her students, while encouraging them to deepen their practice through their own self enquiry.